Prince Philip’s Best of the gaffes and quotes 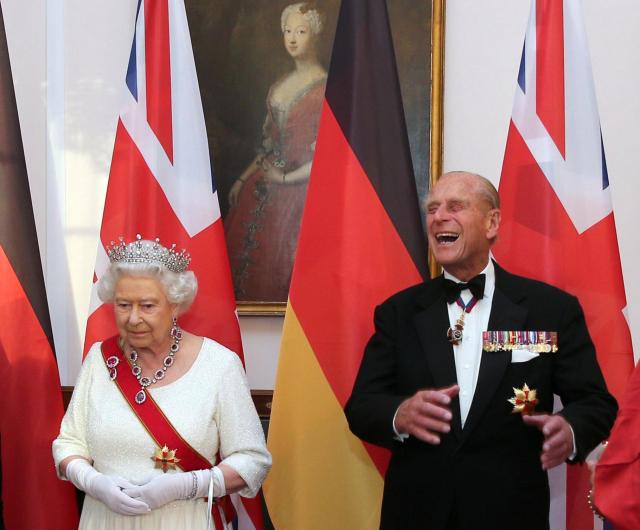 PRINCE Philip is no stranger to speaking his mind, and never seems to let age or caution get in the way of a good one-liner.

As His Royal Highness celebrates his 99th birthday, here we reflect on some of the best clangers he’s dropped in the past century.

Over 65 years of service, Philip attended 22,219 solo public engagements, 637 solo visits abroad and given almost 5,500 speeches – many of which haven’t gone without a hitch.

He stepped down from public service at the princely age of 96 – leaving a trail of unforgettable quotes in his wake.

British women can’t cook — To the Scottish Women’s Institute in 1961.

It’s a pleasure to be in a country that isn’t ruled by its people — To Paraguay’s then dictator General Stroessner in 1963.

It looks like the kind of thing my daughter would bring from art lessons — On Ethiopian art, 1965.

Cats kill far more birds than men. Why don’t you have a slogan: ‘Kill a cat and save a bird?’ — At a turtle doves protection project in Anguilla in 1965.

You have mosquitoes. I have the Press — Caribbean hospital, 1966.

I’d like to go to Russia very much, although the bastards murdered half my family — 1967.

What do you gargle with, pebbles? — To singer Tom Jones after 1969 Royal Variety Performance.

I declare this thing open, whatever it is Prince Philip During A Visit To Canada In 1969

If he had succeeded, she would have given him a hell of a time — On Princess Royal kidnap attempt, 1974.

Years ago everybody was working too much. Now everybody’s complaining they’re unemployed. People don’t seem to make up their minds what they want — On 1981 recession.

If it has four legs and it’s not a chair, if it’s got two wings and it flies but is not an aeroplane and if it swims and it’s not a submarine, the Cantonese will eat it – At a WWF meeting in 1986.

Ghastly — His description of Beijing, during a 1986 visit.

If you stay here much longer, you will go home with slitty eyes  — To Brit in China in 1986.

I thought it was against the law for a woman to solicit — To a female solicitor in 1987.

Your country is one of the most notorious centres of trading in endangered species — Accepting a Thai conservation award in 1991.

Oh no, I might catch some ghastly disease — When asked to stroke a koala in Australia in 1992.

You can’t have been here long, you haven’t got a pot belly — To a tourist in Budapest in 1993.

You’re not wearing mink knickers, are you? — To fashion writer Serena French in 1993.

Aren’t you descended from pirates? — In Cayman Islands, 1994.

Don’t feed your rabbits pawpaw fruit, it acts as a contraceptive. Then again, it might not work on rabbits — Advice to a Caribbean rabbit breeder in Anguilla in 1994.

We didn’t have counsellors every time somebody let off a gun. You just got on with it — On counselling for servicemen in 1995.

How do you keep the native off the booze long enough to pass the test?Prince Philip To Scots Driving Instructor In 1995

If a cricketer suddenly decided to go into a school and batter a lot of people to death with a cricket bat, are you going to ban cricket bats? — After Dunblane massacre, 1996.

Tolerance is essential. You can take it from me the Queen has tolerance in abundance — Advice for a successful marriage in 1997.

You bloody silly fool! — To a car park attendant who didn’t recognise him in 1997.

You managed not to get eaten then? — To Brit student trekking in Papua New Guinea, 1998.

Where’s the Southern Comfort? — On getting a hamper from the US ambassador in London in 1999.

They’re not mating are they? — Spotting robots bumping together at the Science Museum in 2000.

You could do with losing a little bit of weight — To aspiring astronaut Andrew Adams, 13, in 2001.

So who’s on drugs here? He looks as if he’s on drugs — To a Bangladeshi youth club teenager in 2002.

You look like a suicide bomber — To a female cop in bullet-proof vest on the Isle of Lewis in 2002.

Are we going to need ear plugs? — After being told Madonna was to sing a Bond theme in 2002.

Do you know they’re now producing eating dogs for anorexics? — To a blind woman outside Exeter Cathedral, 2002.

You appreciate the improvements in aircraft design of less noise and more comfort, provided you don’t travel in something called economy class, which sounds ghastly — To Aircraft Research Association, 2002.

If we could just stop the tourism, we could stop the congestion — At London’s City Hall in 2002.

Do people trip over you? — Meeting a wheelchair-bound nursing home resident in 2002.

Do you still throw spears at each other? — To Australian aborigines in 2002.

You didn’t have to come — To newspaper editor Simon Kelner in 2002 when told the republican had been invited to Windsor Castle event.

You look like you’re ready for bed — To the President of Nigeria, who was in national dress, in 2003.

So you can write then? — To schoolboy who invited the Queen to Romford, Essex, in 2003.

There’s a cord sticking out of the back. Might you tell me where it goes? — Asking actress Cate Blanchett in 2008 to fix his DVD player because she worked “in the film industry”.

You didn’t design your beard too well — To designer Stephen Judge, 2009.

Are you all one family? — To multi-ethnic Britain’s Got Talent winners Diversity in 2009.

There’s a lot of your family in tonight  — To business man Atul Patel at Indian reception in 2009.

How many people have you knocked over this morning? — Meeting mobility scooter rider David Miller in 2012.

I would get arrested if I unzipped that dress — On Jubilee visit in 2012.

(Children) go to school because their parents don’t want them in the house — To Malala Yousafzai, attacked by the Taliban after campaigning for girls to go to school, in 2013.

The Philippines must be half empty as you’re all here tunning the NHS – To NHS nurse in 2013.

Are you running away from something? — To Abu Dhabi expats, 2014.

Who do you sponge off? — To members of the Chadwell Heath Asian Women’s Network in Barking and Dagenham as they presented him and the Queen with a large iced sponge.