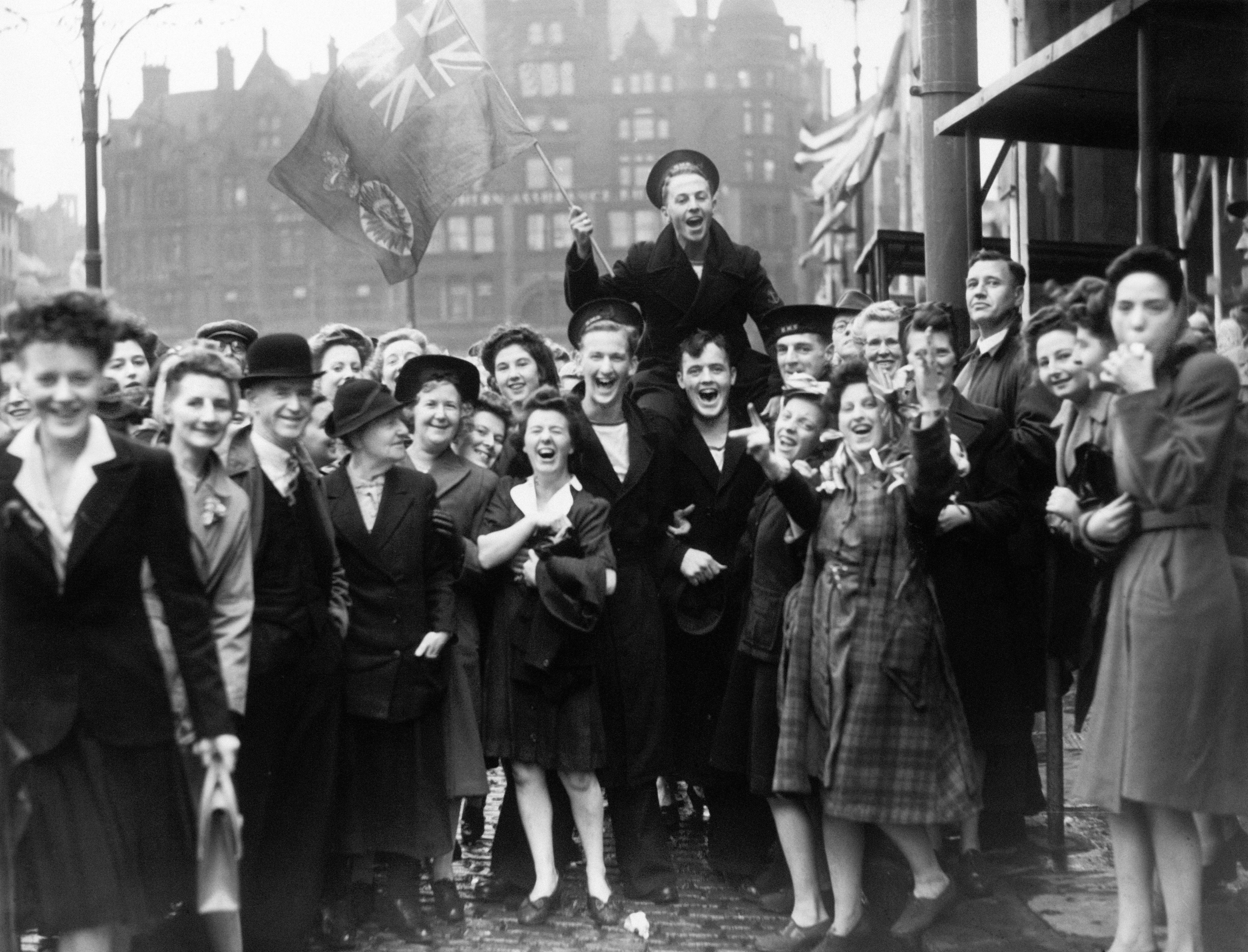 Brits packed into the streets of Birmingham and London, where they crowded around Buckingham Palace and Trafalgar Square to mark the end of the Second World War.

By 1945 across Asia and the Pacific there were 365,000 British and 1.5million Commonwealth troops deployed, including the largest volunteer army in history, the pre-partition Indian army of 2.5million soldiers.

Whilst VE Day (Victory in Europe) marked the end of the war in Europe in May 1945, many thousands of Armed Forces personnel were still engaged in bitter fighting in the Far East.

Victory over Japan would come at a heavy price, and VJ Day marks the day Japan surrendered on August 15, 1945, in effect ending the Second World War.

Fighting in the Asia-Pacific took place from Hawaii to North East India.

Britain and the Commonwealth’s principle fighting force, the Fourteenth Army, was one of the most diverse in history – more than 40 languages were spoken, and all the world’s major religions represented.

The descendants of many of the Commonwealth veterans of that army are today part of multicultural communities around the world, a lasting legacy to the success and comradeship of those who fought in the Asia-Pacific.

General Lord Richard Dannatt, who served as chief of the general staff from 2006 to 2009, said those fighting in the Far East endured a “brutal” war, but received little “limelight”.

Speaking to the PA news agency ahead of the anniversary on Saturday, General Lord Dannatt highlighted the work of the multi-national 14th Army fighting the Japanese, particularly during the Burma campaign.

“The geographic circumstances were very, very harsh in the jungle, fighting against an enemy, the Japanese, who… gained an almost mythical, an unbeatable aura around them,” General Lord Dannatt said.

“And also their reputation for savagery in which they treated prisoners.”

Due to the distance from home, and military successes in Europe, he argued that troops felt “they were forgotten” and “they weren’t getting the limelight”.

He added: “I think the war at home was much more personal, after all it was German bombers who bombed London, it wasn’t Japanese bombers.”

Some 60,000 Allied troops were taken prisoner of war, unable to communicate with their families back home, joining thousands of other forced civilian labourers from across the Far East working on the infamous Burma railway, on farms and down mines.

Historian and author Neil Storey, who is compiling stories of the war for the Royal British Legion Industries (RBLI) charity, said: “In a lot of ways, they are the first forgotten army and they were not released until August 1945. So it’s a hell of a war.”

The historian, who has met dozens of veterans over the years, added: “Every single one of them said that one time, their life was saved by the actions of another man, one of their comrades.”

In 1943, the Chindits specialist fighting force was formed to push back the Japanese in Burma, who at the time were perceived as “invincible”, facing disease and monsoon rains in virgin jungle warfare.

“You’ve got what is agreed to be the worst terrain in the world to fight a military campaign,” Mr Storey said.

This was followed by the formation of the huge 14th Army led by Lieutenant General William “Bill” Slim.

“This is the most multicultural, multi-faith, multi-national fighting force in the history of modern warfare,” Mr Storey said.

Troops were drawn from across the world, including Britain, India, Africa, China and the US, but their fierce battles did not make equal headlines at home, Mr Storey said.

“You’ve gone through monsoon, you faced disease, malaria, no man came out without a scratch or a touch of horrible tropical illness that could strike you down again in periods for the rest of your life.

“But these men fought a hell of a war over a very long period and they didn’t see it in the news.”

VJ Day was jubilantly celebrated at home on August 15 1945, three months after VE Day, but many Far East troops did not return until 1946, carrying back terrible memories, particularly freed prisoners of war.