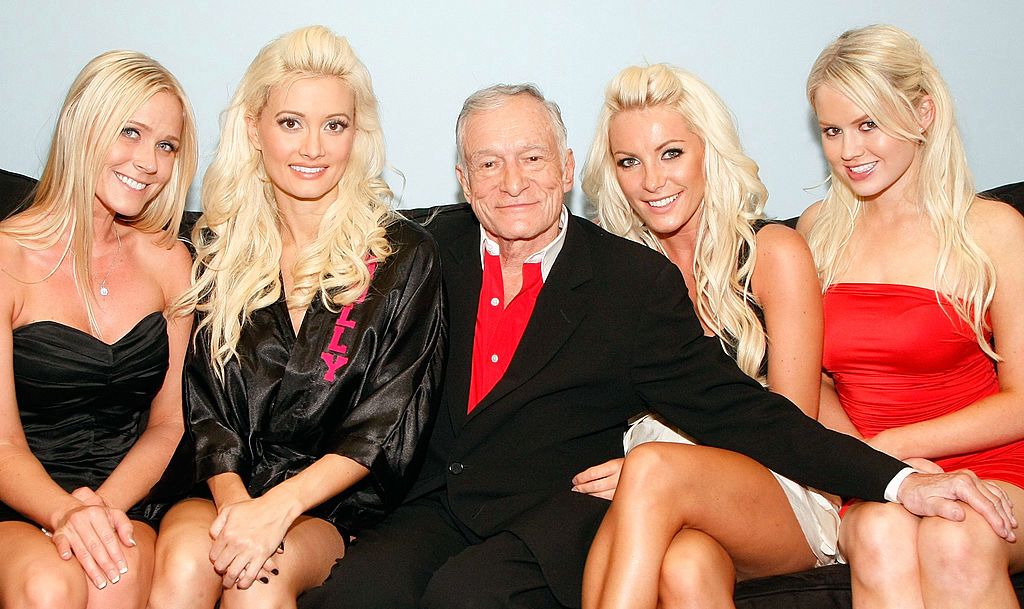 MASSIVE renovations are underway at the former Playboy mansion that once housed the late Hugh Hefner and his “bunnies”.

Photos showing an aerial view of the renovations reveal work being carried out by billionaire Daren Metropoulos, the new owner.

Metropoulos bought Holmby Hills mansion for $100million in 2016 and allowed Hefner to stay in the house until he died in 2017, Daily Mail reported.

Owned by Hefner for 43 years, the 29-room mansion was originally built in 1927 and is now undergoing large scale renovations.

Hugh Hefner was the founder and editor-in-chief of Playboy magazine.

By his own account, Hefner had sex with more than a thousand women.

Hefner’s home was known as the “Playboy mansion” and was famous for its lavish and wild parties.

Hefner bought the lavish, gothic-style, Playboy Mansion for $1.1million in 1971.

He had previously lived in Chicago in the first Playboy Mansion, but left permanently for LA in 1974.

One aerial photo shows a roof being installed with wooden beams, and scaffolding surrounding the mansion.

Photos also show several trucks and heavy machinery, including a digger being used on the property.

Areas around the main house have been dug up and the infamous pool on the property has been drained.

In 2011, a health and safety probe was launched after more than 120 guests became ill after visiting the pool.

Hefner bought the mansion for $1million in 1971.

Over the years, the home became famous for lavish, wild parties and Playboy Bunnies.

The Hombly Hills mansion was also home to Hefner’s family, including his two sons Cooper and Marston, whom he had with his second wife Kimberley Conrad.

According to the Daily Mail, Cooper and Marston grew up in the home with a framed photo of their mother’s nude centerfold.

“Yeah that was weird,” he said. “It was like the elephant in the room.”

Hefner’s Playboy bunnies were also known to live in the mansion and were subject to mandatory 9pm curfews and film nights three times a week where Hefner’s favorite 1950s flicks would be played.