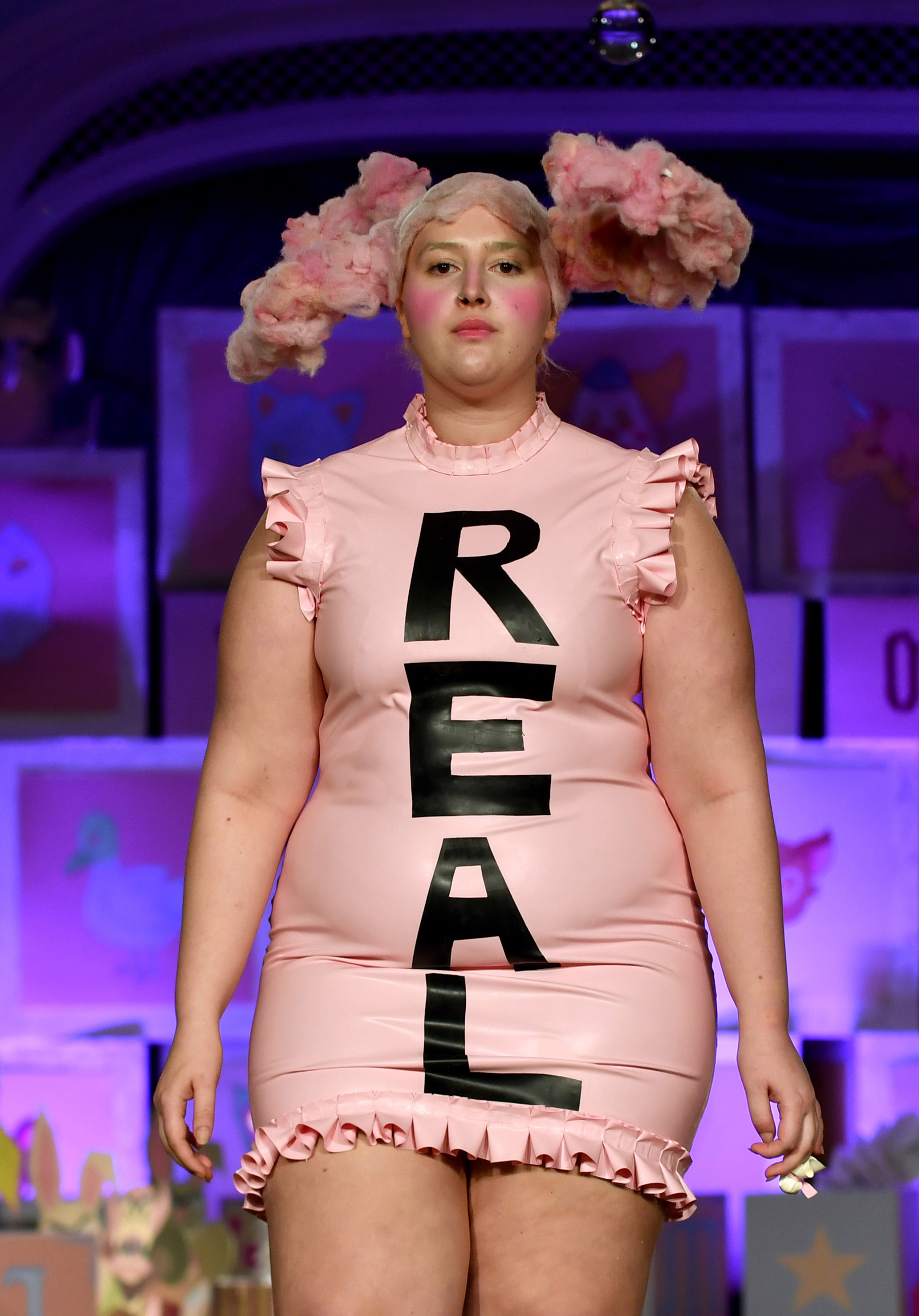 HER dad is one of the most famous faces on TV but Honey Ross has kept a relatively low profile – until now.

Already well known within body positivity circles, the 23-year-old made an impact on Loose Women yesterday – when she revealed her parents put her on “toxic diets” as a teen.

Today, she was forced to hit back at trolls bombarding her with “strange abusive fatphobia” following the TV appearance.

Childhood in the spotlight

Given the full name Honey Kinny, she admits she hated her body growing up – but has grown to love her curvy size 18 figure.

She spent her teen years doing internships in the film and TV industry and landed her first professional screenwriting gig aged 18, but says growing up in the public eye is far from a dream for an insecure kid.

“I think it was a combination of that typical low-level teenage self-loathing, a myriad of mental health issues – some diagnosed, some not – and growing up in the public eye.

“It definitely doesn’t help your already wilted self-esteem to read hundreds of negative comments about yourself in the Daily Mail online.”

But she added she had “very supportive parents” in Jonathan and Jane.

Now 23, Honey has built herself a fanbase of 28,900 followers on Instagram – where she describes herself as a “professional whiner”.

Honey made her London Fashion Week debut back in February, wearing a pink dress with the slogan “REAL” on it. She’s also posed for lingerie brand Curvy Kate – but insists she’s “not a model”.

Posting on her Instagram stories yesterday, she said: “I’m not a model! I’m a writer and an activist but I do love looking at myself. My preference is muse over model”.

She is the co-host of The Body Protest podcast and is currently writing a TV project she’s “absolutely terrified about”, as it’s “been a dream since I was 17”.

Honey is also an activist for Pink Protest, who campaign for changes in the law, which she co-founded with friends Scarlet Curtis, Grace Campbell and Alice Skinner.

In 2017, the government pledged £1.5 million to support period poverty in reaction to their #freeperiods campaign.

While in 2019, they successfully pushed a bill through parliament – to get FGM included in the Children’s Act.

Fun in the sun

But it’s not all hard work for Honey, who’s spent the past two Christmas holidaying in Florida and Turks and Caicos with her family.

While last August, she jetted off to Marbella and Ibiza with friends.

Earlier in the same year, she enjoyed trips to Iceland’s Blue Lagoon and Santa Monica, California.

In recent months though, she’s been enjoyed a very different seaside life in Swanage, Dorset, where the Ross family have a holiday home.

Pre-lockdown, Honey was all about the nights out, hanging with friends in the likes of London’s trendy Soho and Hoxton.

She’s no stranger to stripping off for the ‘Gram – and has been known to go fully nude for a body-positive snap.

She even posed naked for a life drawing class back in January, jokingly captioning the snap “I’m so shy”.