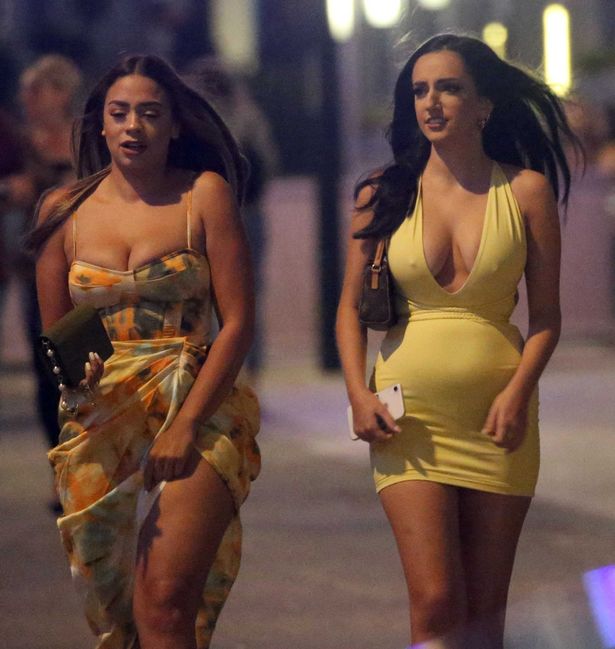 Revellers enjoyed one last boozy night out with mates before new rules banning gatherings in bigger groups kick in.

The ‘rule of six’ takes effect in England on Monday – prohibiting larger groups mingling indoors or outdoors in a bid to curb the spread of coronavirus.

The government is bringing in the new law in response to a growing in coronavirus cases around the UK, sparking fresh local lockdowns.

Today the UK recorded almost 3,500 new cases with the R-rate thought to be above 1 nationally, meaning it is growing exponentially.

Brits were warned not to have a party weekend ahead of the new law and fines coming into place from Monday.

Hordes were pictured in Soho, in the heart of London’s nightlife district tonight packing the streets outside its bars and restaurants tonight’s.

Authorities up and down the country were concerned some revellers would take the opportunity for a big weekend blowout before restrictions came into force.

Pictures from Soho tonight showed some revellers appearing to flout social distancing guidelines, which call on people to keep a metre or more apart from members of other households to keep the virus’ spread down.

John Apter, from the Police Federation of England and Wales, had warned earlier: “There is a real risk some members of the public will take advantage of the current situation and treat this weekend as a party weekend ahead of the tighter restrictions being introduced on Monday.”

It comes after Health Secretary Matt Hancock singled out young people for criticism, saying transmission among teems and people in their 20s and 30s were driving fresh outbreaks.

However critics fired back at the government, pointing out its Eat Out to Help Out scheme and lifting of travel restrictions encouraged socialising.

Boris Johnson’s government was also slammed for encouraging the nation back into offices and pupils back into schools – even as it struggles with the Test and Trace fiasco that has seen scores struggle to access diagnoses in recent weeks.

Scotland also followed Westminster’s lead, and is also set to prohibit gatherings of more than six as it grapples with outbreaks.

More than 3,000 coronavirus cases were recorded in the UK today for the second day in a row for the first time since early May.

A top scientist warned that the country is “on the edge of losing control” of Covid-19.

Former chief scientific adviser and member of the government scientific advisory group SAGE Sir Mark Walport said the only way to stop the virus spreading is to reduce the number of people we all come into contact with.138212091369

He added that there is an “extremely strong argument” that home working should continue.

The tough new Covid-19 lockdown measures were announced on Friday as cases continued to rise.

Concern about a second wave is growing as the R number – the reproduction number of coronavirus transmission – climbed above one.

According to Government advisers, the last time R was above one was in early March.