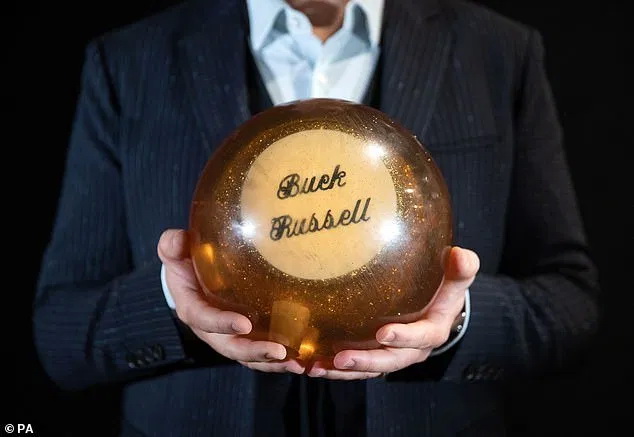 A massive Hollywood memorabilia auction selling off some of Tinseltown’s most famous props is set send classic film fans wild.

Iconic items including Tom Cruise’s Top Gun bomber jacket and Julia Roberts’ Pretty Woman boots are all due to go under the hammer.

In all, more than 900 pieces of movie and TV memorabilia are being sold by Prop Store at a huge Hollywood auction that will take place in December.

Iconic: Items going under the hammer include Tom Cruise’s bomber jacket from the 1986 classic Top Gun

However, the items won’t come cheap to prospective buyers, with the memorabilia having the potential to rake in £4.4 million in total, based on the valuation done on each piece beforehand.

Other highlights include the lightsaber wielded by Ewan McGregor in Star Wars: Revenge Of The Sith, which is estimated to fetch a whopping £120,000.

The boots worn in Pretty Woman by Hollywood superstar Julia Roberts could fetch £15,000, while Tom Cruise’s bomber jacket from Top Gun has a £16,000 estimate.

Who you looking at: The mechanical alien head from the 1979 sci fi classic Alien is going for an estimated £40-60,000

Sharp: Arnold Schwarzenegger’s sword from Conan The Barbarian (1982) is also going to auction

One of a kind: The lucky fan who gets hold of it will be able to cosplay Michael J. Fox in Back to the Future (1985)

Other highlights include Johnny Depp’s pirate hat from Pirates Of The Caribbean: On Stranger Tides, and the mechanical alien head from the 1979 sci fi classic Alien.

Lethal: Obi-Wan Kenobi’s lightsaber, wielded by Ewan McGregor in Star Wars: Revenge Of The Sith, is going under the hammer

Prop Store chief executive Stephen Lane said the items are ‘a fantastic collection of over 900 artefacts for movie fans to get excited about’.

Other highlights include the outfit donned by Keanu Reeves in the 2003 flick The Matrix Reloaded, as well as the R2-S8 droid from Solo: A Star Wars story.

Prop Store was founded in 1998 by Stephen after his love for the movies led him to begin hunting for the most sought-after props in movie history.

22 years later, the company has thirty employees in London and Los Angeles, and 25,000 square feet of props and costume archives.

The group’s latest auction will take place on 1 and 2 December.

Creepy: Jack Nicholson’s fedora from his Joker role in Batman is another prop for sale

Much-loved: Tom Hanks’ signed helmet from Saving Private Ryan is up for grabs at £10-15,000

Legendary: The R2-S8 droid from the 2008 Star Wars outing Solo: A Star Wars story is going for £40-60,000. Pictured with Prop Store founder and CEO Stephen Lane

Mysterious: David Bowie’s crystal ball from the 1986 classic Labyrinth is to be auctioned for a cool £10-15,000