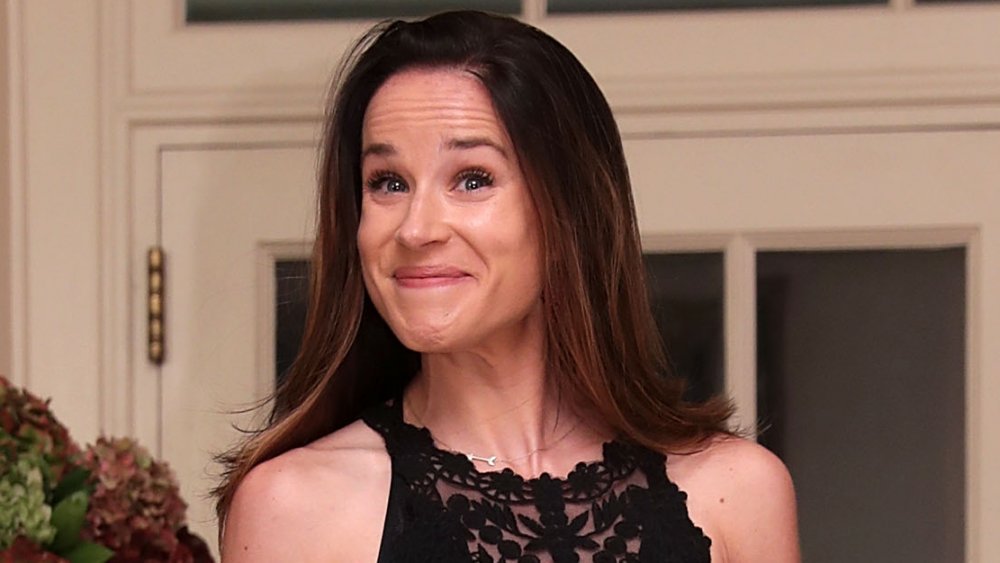 By Caroline Graham for the Daily Mail

Jill Biden and Ashley Biden are pictured above

When President-elect Joe Biden raises his right hand to take the oath of office on January 20, familiar faces will surround him on the steps of the US Capitol.

There will be Jill Biden, his wife of 43 years, who has been by his side throughout the most bitter and divisive US election campaign in living memory.

But there will also be a less recognisable woman standing on the world’s stage.

Ashley Biden, the only child of Jill and Joe, will finally step into the limelight as America’s new ‘First Daughter’.

Ivanka Trump’s place at the side of her father Donald has broken the mould for First Daughters in the past four years, reinventing the position to put it on a par with that of First Lady.

And given that Jill, an eminent teacher, has no plans to relinquish her career, it’s likely Ashley will be stepping on to the world stage alongside her father after his inauguration.

One Washington insider said last night: ‘Until now, Ashley has not been on the radar because she’s never been ready or willing to step into the spotlight.

‘When Joe was vice president under Barack Obama, she had some issues and so was content to keep her head firmly below the parapet.

‘Now she’s about to come into her own as First Daughter – and that’s going to be as important in the new administration as it was in the last.

‘Ivanka had her own office, travelled the world with her father, had a great deal of influence over him and also managed to set up lucrative business deals. In some ways, Ivanka was her father’s right hand. Expect to see that with Ashley.’

Much has been made of Joe’s heartbreaking back story; how his first wife Neilia, 30, and 13-month-old daughter, Naomi, were killed in a car crash shortly before Christmas 1972, leaving him a distraught single father to two young boys, Hunter and Beau.

Ashley Biden is pictured above with Joe Biden.  One Washington insider said last night: ‘Until now, Ashley has not been on the radar because she’s never been ready or willing to step into the spotlight. ‘When Joe was vice president under Barack Obama, she had some issues and so was content to keep her head firmly below the parapet’

Beau would die of brain cancer aged 46 in 2015 and Hunter would become a notorious addict, kicked out of the military for taking drugs and later endangering his father’s presidential bid by forgetting to pick up a laptop which contained highly sensitive material.

He has also invited moral outrage by having an affair with his dead brother’s wife.

These tragedies and calamities have been covered relentlessly by the US media, so it is hardly surprising Joe and Jill have tried to keep their only child, Ashley, born in 1981 four years after they married, out of the spotlight.

What is known is that she shares her parents’ social conscience and green credentials. As a child, she discovered a beauty brand, Bonne Bell, tested their products on animals. He father encouraged her to write a letter asking the company to change its policies, piquing her interest in the environment, especially dolphin conservation.

She went on to train as a social worker, graduating from the University of Pennsylvania with a masters in Social Policy and Practice.

But behind the scenes there were troubling reports. ‘Ash is the apple of her daddy’s eye but she had many issues – addiction issues,’ one source revealed. They began to manifest themselves when she was reportedly arrested in 1999 for possession of marijuana. No conviction was recorded. Then, in 2002, she was allegedly arrested for obstructing a police officer.

Seven years later, in 2009 while her father was serving as vice president in the Obama administration, a video which showed Ashley allegedly snorting cocaine through a red straw was reportedly hawked around the US tabloid market. The New York Post revealed the owner was asking $2 million for the film. The attempted ‘sting’ was hushed up but it has never been denied.

Meanwhile, evidence found on Hunter’s abandoned laptop points to a family in turmoil behind the Bidens’ carefully curated public veneer. In one message, Ashley writes to Hunter (after the death of Beau and when he is embroiled in an affair with his dead brother’s widow): ‘I am filled with anger. Rage. And so maybe best to talk when it subsides. I love you, Hunt. More than anything. I am heartbroken for this family.

‘…I thought i was ‘in love’ until I got sober + realised it was all a joke. This disease is cunning + baffling. Now sober I realised how much damage I did and how much my mind played tricks on me.’

She finishes, saying: ‘The only thing that will help at all is if you get sober. And when you are ready I am here and by your side.’

For Ashley herself, 2010 seems to have been a pivotal moment in her rehabilitation. She was introduced – by Beau – to the man who would become her husband, plastic surgeon Dr Howard Krein, now 53, and 14 years her senior.

The couple were married in 2012 in an inter-faith service on top of a cliff in Big Sur, California, combining Dr Krein’s Jewish faith with Ashley’s Catholicism. The bride wore a £12,000 Vera Wang dress and, as he walked her down the aisle, an overwhelmed Joe told her: ‘I am so proud of you.’

For 15 years, America’s next First Daughter has been a social worker at the Delaware Department of Services for Children, Youths and their Families, focusing on foster care and mental health. Three years ago, she revealed her ‘passion project’ – a line of sweatshirts with an arrow shot through the heart in memory of Beau.

‘He was my bow,’ she told The Washington Post at the time. ‘His cancer brought me to my knees… I had no choice but to shoot forward, keep going, keep aiming at my own dreams.’

It was during this period she first hinted she might want to embrace public service, telling Glamour magazine: ‘My dad is a lifelong public servant; my mum was a public school teacher. It’s in my DNA.’

Even so, it would be another three years before Ashley entered the political arena, on behalf of her father. She took to the stage at the Democratic National Convention earlier this year and told the assembled audience: ‘He’ll be rock steady… he’ll treat everyone with respect no matter who you are. He’ll love you with all of his heart. He is a good man.’

‘The world is in for a surprise with this First Daughter,’ said the insider.

‘She knows who she is and what she wants to accomplish, she’s a formidable force. For a long time she felt vulnerable and not able to step into the spotlight but this is her time and she has a lot to say.

‘She has been through a lot and that makes her empathetic to others, so you can expect great work from her.’