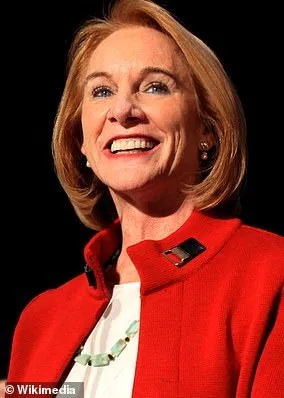 Seattle mayor set to approve 18 per cent cut in police budget after more than 100 cops left, the city was overrun by rioters and BLM demanded a slash in spending in the wake of George Floyd’s death

By Associated Press and Ariel Zilber For Dailymail.com

Seattle’s mayor is set to approve an 18 per cent cut to the police department’s budget after the city was overrun by Black Lives Matter protesters, a precinct was occupied by demonstrators and there was a surge in violent crime.

The proposed cuts, which fall short of the 50 per cent reduction that was demanded by activists, prompted police union chiefs to warn that 911 response times would be longer.

The anti-police backlash stirred up by the George Floyd protests and the formation of the Capitol Hill Autonomous Zone (CHOP) has led to a rash of resignations and retirements by officers – the largest exodus in almost a decade.

A report last month said that at least 110 police officers have either quit or retired from the force of around 1,300 cops this year, according to KIRO-TV.

The Seattle City Council voted on Monday to shrink the budget of the Seattle Police Department by almost one-fifth, which includes cuts to overtime and training, KING-TV reported.

Mayor Jenny Durkan is set to sign the budget into law next week, just months after she said Seattle had seen a 525 per cent rise in violent crime because of the CHOP zone.

Dozens of vacant jobs in the department will not be filled and 911 dispatchers and parking enforcement will be moved out of police jurisdiction.

The SPD’s operating budget in 2020 was slightly more than $409million, but next year’s will shrink to $360million.

Cuts to the police budget were a key demand by protesters who took to the streets of Seattle and other cities in the wake of the May 25 killing of George Floyd in Minneapolis. In Seattle, a group of protesters ransacked a police precinct and set up an area known as ‘CHOP’ – or Capitol Hill Occupied Protest. The above image from the CHOP was taken on June 8

‘We’ve crafted a 2021 budget that invests in what we need most – affordable housing, public health measures, community safety, the environment, and economic recovery,’ said council member Teresa Mosqueda, chair of the Budget Committee.

Council members opted to approve the hiring of more than 100 police officers while continuing to reduce the budget.

She applauded the council for taking a more deliberate and measured approach to the police budget than she said happened over the summer, when proposed cuts to the 2020 budget led then-police Chief Carmen Best to resign.

Just before stepping down, Best said that the budget cuts were ‘destined to fail.’

‘I proposed thoughtful reductions to the Seattle Police Department that coincide with increased and continued investments in alternatives to sworn officer responses including expanding Health One and continuing to invest in mental health professionals and Community Service Officers,’ the mayor said in a statement.

‘I have outlined my vision and plan to make budget decisions based on informed assessments of what services we need from the Seattle Police Department and how we can scale up alternatives to policing.

‘As the City Council now recognizes, this required a thoughtful and deliberate approach and could not be done by simply cutting to any particular number or percentage.’

Activists, who’ve been marching for months calling for the council to redirect 50 per cent of the police budget, considered Monday’s vote a win but said their work is not finished, The Seattle Times reported.

A ‘major concerted effort’ by advocates and those in the streets should be credited for the initial results, said Nikkita Oliver, an organizer with King County Equity Now and Decriminalize Seattle who leads an arts program for youth involved in the court system.

In August, Seattle’s then-chief of police, Carmen Best, announced that she would be resigning effective in September. She said she could not remain on the job in light of proposed budget cuts, which were ‘destined to fail’

Mass demonstrations happened in Seattle almost nightly for months in the wake of the police killing of George Floyd in Minneapolis.

One of the key flash points of the protests was in Seattle’s Capitol Hill district, where the police’s East Precinct is located.

After police largely abandoned the building, protesters took over the area – with demonstrators painting a large ‘Black Lives Matter’ mural on the street, handing out free food, playing music and planting a community garden.

Local officials came under pressure to crack down on the protesters after several shootings and other incidents of violence that affected local businesses.

Last month, Solan sounded the alarm over the increasing number of police officers who left the force.

June 24: Nearby businesses and property owners filed a federal lawsuit against the city

June 30: Barricades at Seattle’s cop-free zone are torn down as protesters replace concrete barriers with trash cans and couches

Early hours : Mayor Jenny Durkan demand all barriers are removed after a 525 per cent spike in violent crimes in the area

5am: Police swarm the zone

5:30am: Eyewitnesses say officers have cleared the area

7am: Chief Carmen Best confirms police have taken back precinct

‘Well-trained officers are fleeing because of a lack of support from our elected officials, from our council level, that are pandering to the activist mob on a false narrative about the great men and women who do the job of policing,’ he said.

This budget was more challenging because of a steep decline in revenue caused by the pandemic.

Even so, the spending plan includes dollars for COVID-19 testing, food assistance and small business grants.

Durkan said the budget makes the largest single-year investment in homeless services in the city’s history and creates hundreds of new shelter spaces.

Last week, the City Council rejected a proposal intended to block more than 100 police officers from being hired in 2021, siding with Durkan and others who say new recruits are needed.

The measure was promoted by a coalition of local organizations, including the King County Equity Now group that emerged as a leader during Black Lives Matter demonstrations, The Seattle Times reported.

‘We are losing an unprecedented number of officers, which makes it even more critical that we recruit and retain officers committed to reform and community policing that reflect the diversity and values of our city,’ Durkan said.

In July, during the nationwide protests where many called for cities to ‘defund’ the police, most council members agreed the Police Department should have its funding reduced by 50 per cent, with the money shifted to other needs.

But council President M. Lorena González and council member Lisa Herbold objected to a hiring freeze on Thursday, arguing it would shrink the force too fast when combined with accelerating attrition.

They said other transfers and cuts that will reduce the police budget by up to 17 per cent are significant and sensible.

Seattle Mayor Jenny Durkan, a former federal prosecutor, has faced calls from the left to resign over the police department’s tactics against protesters

President Trump railed against Democrat-led towns like Seattle this past summer over its handling of protests in the wake of the death of George Floyd.

Ironically, however, the leader of the Emerald City has a background in law enforcement.

Before entering politics, Jenny Durkan, the daughter of longtime Washington State lawmaker and lobbyist Martin Durkan, was the top federal prosecutor in Seattle.

In 2009, she was appointed by then-President Barack Obama to the position of United States Attorney for the Western District of Washington.

She held that post until September 2014. Three years later, she successfully ran for mayor of Seattle, becoming the first openly LGBT person to attain that office.

Even before the protests against police brutality and the subsequent crackdown, Durkan’s mayoralty has been a controversial one as the city grappled with skyrocketing cost of living, homelessness, and income inequality.

During her race for mayor, she accepted campaign contributions from major corporations like Amazon, Starbucks, and others.

Durkan has spoken out against the city council’s attempts to raise taxes on big businesses in the city, including online retail goliath Amazon and others.

In July, the city council approved by a veto-proof 7-2 majority a new tax on corporations with payrolls over $7million.

Dubbed ‘the Amazon tax,’ its supporters say it is needed to help the city’s ailing economy that has been battered by the COVID-19 pandemic.

Durkan cannot veto the measure since it was passed by a veto-proof majority of the nine-member city council.

The mayor has also come under fire from progressives for what is perceived as a heavy-handed police response to the Black Lives Matter protests in Seattle earlier this year.

After police officers in Seattle started using tear gas against protesters, some progressive members of the city council began to call for Durkan’s resignation.

The police department also drew criticism for its use of flash bang grenades, pepper spray, and rubber bullets against protesters.

Durkan was even given the online moniker ‘Tear Gas Jenny.’ Tens of thousands of people signed online petitions demanding that Durkan step down.

‘To be successful in the long term … shifting to community safety and away from traditional policing, we have to move methodically,’ Herbold said.

A $151 million cut that Sawant said would meet the 50 per cent defunding demand also died.

The action came during a committee meeting as council members moved forward with changes to a 2021 budget plan. Read more: