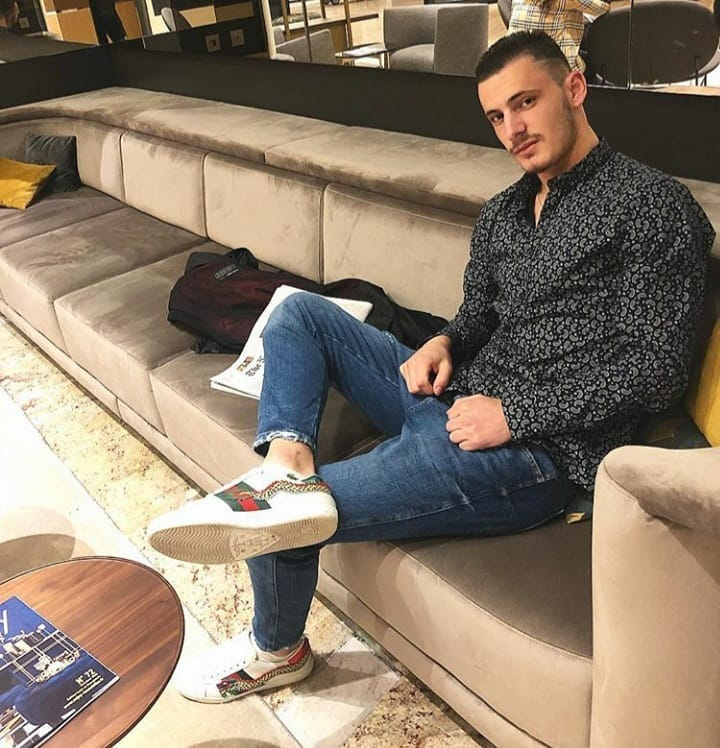 Albanian rapper, 20, boasts of luxury lifestyle as he makes ‘instruction videos’ on how to sneak into Britain illegally

AN ALBANIAN rapper has been making “instruction videos” on YouTube to boast about his knowledge of how to sneak into the UK illegally, according to reports. Dijonis Biba’s guides, which include tips on using fake IDs and reveal which airports will not detect the false documents, have been viewed more than 100,000 times.

The 20-year-old, originally from northern Albania, is usually pictured wearing designer clothes and standing in front of sports cars, or hosting nightly online chats in London. But Biba also talks openly about how he came to Britain illegally and, according to the Daily Mail, he used a Google map in one of his videos to show the route a friend took to England using a fake Italian ID. The trip involved travelling from Albania to Barcelona, and then by bus to a Spanish airport. “This airport is not used by many people to get to the UK. Buy a ticket online and get a taxi [to] bring you to the airport,” Biba said in the video, which has been viewed more than 70,000 times. “Walk slowly as you approach the entrance gate and use the ticket bar code on the phone. Then walk to the control on the scanner. Then you go to the most important place where you have to show your ID. “You should be smiling like an Italian guy. In this airport your ID will show as real despite it being faked.” He also described how to use Ireland as a back door to get into the UK using fake Romanian ID. The video from September last year has racked up 30,000 views. “Get fake cards and get from Spain then do Dublin. When you get to Dublin claim asylum then you get another fake ID costing you 300 euros then on [an] airplane to London,” he said. Answering questions from a viewer, Biba said he got his fake Romanian passport from a friend. According to MailOnline, YouTube said the videos do not violate the site’s policies and it has refused to remove the clips.

Alp Mehmet, of Migration Watch UK, said: ‘This really is outrageous. “It’s time that social media companies cooperated in the fight against this menace rather than giving air time to sneering crooks like Biba.” When approached for comment by the Mail, Biba said: “I still don’t care.”