About the father Alois 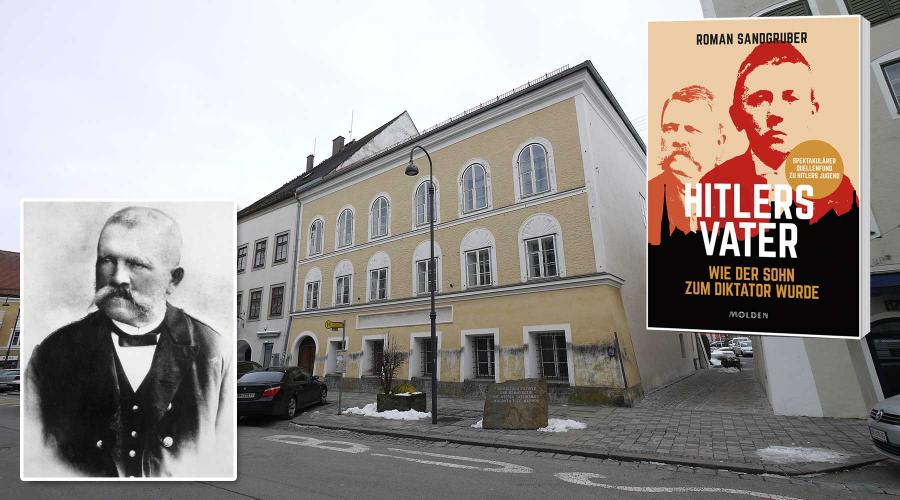 Adolf Hitler’s brutal father ‘was a know-it-all who considered himself above others’ and often beat his son, historian claims after studying never-before-seen trove of letters

By Chris Pleasance for MailOnline

Adolf Hitler’s father was authoritarian, strongly political, thought of himself as above others and had a lasting impact on his son, a German historian has claimed.

Roman Sandgruber, professor emeritus at the University of Linz, says he made the discoveries after studying a never-before-seen trove of 31 letters written by Alois Hitler to the man who sold him a farm in 1895 – around Adolf Hitler’s sixth birthday.

Sandgruber argues that while many historians think of Alois ‘as a simple peasant who only sat in the tavern and raised bees’, he was in fact a much more complicated and sinister character who enjoyed being a ‘know-it-all’.

Alois raised bees because he had ambitions of becoming a ‘gentleman farmer’ to elevate himself above others, and spent time in the tavern because that was where he could conduct politics, Sandgruber says.

Adolf Hitler’s father Alois Hitler (right) was authoritarian, strongly political, thought of himself as above others and had a lasting impact on his son, German historian Roman Sandgruber has claimed

It was Josef’s great-granddaughter who found the letters hidden in an attic five years ago, and then handed them over to Sandgruber

31 letters were included in the never-before-seen trove which have shed a new light on Adolf Hitler’s father, Alois

He adds that, while Alois was domineering to his family, he was wary of authority and opposed the power and influence of the church, particularly in politics.

Many of these traits were passed to his second son, Adolf, who – despite acts of  teenage rebellion – was deeply affected by this upbringing, Sandgruber says.

The results of his research forms the basis of a new book, Hilter’s Father: How the Son Became a Dictator.

Alois was born in 1837 with the surname Schicklgruber in Strones, lower Austria, as the illegitimate son of peasant woman Maria Schicklgruber.

His mother died when he was nine, leaving him to be raised by his step-father’s brother Johann Hiedler – a farmer.

Roman Sandgruber (pictured), professor emeritus at the University of Linz, has used the newly-unearthed letters as the basis of his research for his new book, Hilter’s Father: How the Son Became a Dictator

Alois eventually retired to Hafeld in upper Austria where, using his wife Klara’s money, he bought a 20-acre farm from a roadbuilder named Josef Radlegger – who he exchanged the letters with

As a sign of Alois’s influence over his son, Sandgruber notes that the handwriting of the two men are near-identical, suggesting the son copied his father

After a short career as a cobbler, Alois was recruited into the military as a customs official, where he worked for 40 years – eventually rising to the rank of inspector of customs, where his career stopped because he lacked qualifications to go further.

He had three wives – the first, Anna Glasl-Hörer, was the wealthy daughter of another customs official and 14 years older than him when they wed in 1873.

The pair split, and Alois remarried Franziska Matzelsberger who was 24 years his junior, and gave birth to his eldest son – Alois Jr, Adolf Hitler’s older brother.

Franziska died of a lung condition just two years later, after which Alois married 24-year-old Klara Polzl, who was Adolf Hitler’s mother and had been his household servant when she was aged 16.

Sandgruber claims that the content of the letters also made him reconsider the Klara, who had previously been caricatured as a submissive housewife.

The newly unearthed letters also suggest that Hitler’s mother Klara (pictured) may not have been the simple housewife many historians believed her to be, Sandgruber claims

Sandgruber also found that Alois used to beat Adolf, not uncommonly for the time, but that the punishment’s intensified when Adolf’s older brother ran away from home. Pictured: Adolf Hitler in 1899 as a ten-year-old

In one of the letters, Alois Hitler said Klara had the ‘necessary zeal and understanding for household economy’. The family relocated a lot due to Alois’s job, with Sandgruber saying that – during the first 18 years of Adolf’s life – he lived at 18 different addresses. Two of these homes were located in Urfahr, near the Austrian city of Linz, and Sandgruber says the family rented one of those properties off of ‘probably the richest Jew in [the city].’ He theorises that this might be where young Adolf first experienced anti-Semitism, which other historians trace to his later life in Vienna. Describing Alois’s home life, Sandgruber told Der Speigel: ‘He was a terribly authoritarian father and also beat his son Adolf.

Adolf Hitler grew up in the town of Braunau am Inn, in Austria, and pictured is the house he was born in, seen in 1939

The building where Adolf Hitler was born, in Austria, still stands to this day. Newly-unearthed letters from his father Alois show how Adolf was beaten as a child

‘That was widespread at the time, but it is likely that Alois Hitler exceeded the usual limits.’ His punishments towards young Adolf appear to have become particularly intense after his eldest son ran away from home, and was later arrested for being a thief. As a sign of Alois’s influence over his son, Sandgruber notes that the handwriting of the two men are near-identical, suggesting the son copied his father. Adolf’s only significant revolt against his father was to refuse to become a civil servant, and instead to pursue a career as an artist, Sandgruber says.

Hilter’s Father: How the Son Became a Dictator (pictured) was published on last month and is available in German

After four decades in the customs service, Alois retired to Hafeld in upper Austria where, using Klara’s money, he bought a 20-acre farm from a roadbuilder named Josef Radlegger – who he exchanged the letters with. However, after just two years, Alois was forced to sell the property when he was denied a bank loan. It was Josef’s great-granddaughter who found the letters hidden in an attic five years ago, and then handed them over to Sandgruber.Despite Alois’s attempts to turn himself into a ‘gentleman farmer’, his venture was a failure with Sandgruber saying he greatly overestimated himself and his self-taught education. Just a few years later he dropped dead while visiting a tavern. ‘The new finds give a completely different view of the childhood of Adolf Hitler and his father,’ Sandgruber concluded.