‘How much of her money is actually going to charitable causes?’ 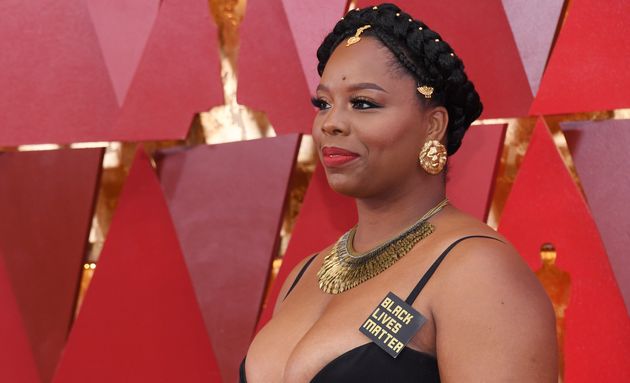 By Andrew Court and Harriet Alexander For Dailymail.com

The head of New York City’s Black Lives Matter chapter is calling for an independent investigation into the organization’s finances after it was revealed a co-founder snapped up a $1.4 million home in a ritzy Los Angeles neighborhood.

Patrisse Cullors, 37, who is a co-founder of BLM and self-professed ‘trained Marxist’, recently purchased a plush property in Topanga Canyon complete with a separate guest house and an expansive back yard.

In Topanga Canyon, 88 per cent of residents are white and just 1.8 per cent are black, according to the census.

Meanwhile, The New York Post reports that Cullors has also bought three other homes in recent years at a total cost of around $3 million. The AP reported that Black Lives Matter took in $90 million in donations last year, but it’s not clear if or how Cullors is paid by the organization, as its finances are opaque.  The news has angered Hawk Newsome, the head of Black Lives Matter Greater New York City, who says a probe into Cullors’ finances are needed.  ‘If you go around calling yourself a socialist, you have to ask how much of her own personal money is going to charitable causes,’ he said to the publication. ‘It’s really sad because it makes people doubt the validity of the movement and overlook the fact that it’s the people that carry this movement.’

The property, with its high ceilings and expansive back yard, is in the Topanga Canyon area

In addition to the Topanga Canyon property, The New York Post reports that Cullors and her husband also purchased a ‘custom ranch’ on 3.2 acres in Conyers, Georgia last year

In addition to the Topanga Canyon property, the New York Post reports that Cullors and her husband also purchased a ‘custom ranch’ on 3.2 acres in Conyers, Georgia last year for $415,000. The residence comes complete with its own pool and  airplane hangar. Additionally, the publication claims that property records show Cullors has bought two other Los Angeles homes in recent years.  In 2016, she is said to have paid $510,000 for a three-bedroom home in Inglewood.  In 2018, Cullors added another home to her property portfolio, by laying down $590,000 for a four-bedroom home in South L.A., the Post says. The Post reports that Cullors was also ‘eyeing property at the ultra-exclusive Albany resort outside Nassau in the Bahamas where Justin Timberlake and Tiger Woods have homes.’ The publication didn’t cite sources for its information.

The Post reports that Cullors was also ‘eyeing property at the ultra-exclusive Albany resort outside Nassau in the Bahamas where Justin Timberlake and Tiger Woods have homes’.

However, news that Cullors has purchased the $1.4 million Topanga Canyon residence raised eyebrows on social media earlier this week.  Some critics argued that living in a million-dollar home was at odds with her social justice mission. Vallejo for Social Justice, a movement that describes itself as ‘Abolition + Socialist collective in the struggle for liberation, self-determination, & poor, working class solidarity,’ said it was an ill-judged flaunting of wealth. ‘We’re talking generational wealth off of the deaths & struggle of Black folks here,’ they tweeted.  ‘Justice Teams Network & BLM founder paid $1.4 million dollars for a home.  ‘This past week we bought a cot for our unhoused Black elder friend to keep him off the ground.’ One LGBTQ activist described BLM as ‘a racket’.

Jason Whitlock, a sports journalist, tweeted that: ‘She had a lot of options on where to live. She chose one of the whitest places in California. She’ll have her pick of white cops and white people to complain about. That’s a choice, bro.’  Author and activist Andy Ngo tweeted: ‘Cullors identifies as a communist & advocates for the abolishment of capitalism.’    Another Twitter user called Cullors a ‘fraud’ an said her brand of ‘Marxism’ apparently included buying a $1.4 million house.

Cullors grew up in the Van Nuys neighborhood of LA, which she described as ‘impoverished’

Cullors founded BLM with Alicia Garza and Opal Tometi in 2013, in response to the acquittal of George Zimmerman, who killed Trayvon Martin. It is unclear if Cullors is paid by the group, which is currently cleft by deep divisions over leadership and funding. Cullors’ co-founders have left, and last summer Cullors assumed leadership of the Black Lives Matter Global Network – the national group that oversees the local chapters of the loosely-arranged movement. Cullors’ move has not been universally welcomed, Politico reported in October. Local organizers told Politico they saw little or no money and were forced to crowdfund to stay afloat. Some organizers say they were barely able to afford gas or housing.

BLM’s Global Network filters its donations through a group called Thousand Currents, Insider reported in June – which made it even more complicated to trace the cash.  Solome Lemma, executive director of Thousand Currents, told the site: ‘Donations to BLM are restricted donations to support the activities of BLM.’  Last month AP reported that BLM brought in $90 million in donations last year, leading to Michael Brown Sr. to join other Black Lives Matter activists demanding $20 million from the Black Lives Matter Global Network Foundation.  Brown, whose son Michael Brown Jr., was killed by police in Ferguson, Missouri, in 2014 says he and his advocacy group have been short-changed by the larger BLM organization.  ‘Why hasn’t my family’s foundation received any assistance from the movement?’ Brown asked in a statement.    Cullors is yet to respond to DailyMail.com’s request for comment.

The activist, who married Janaya Khan, a gender non-conforming leader of BLM in Toronto, in 2016, has been in high demand since her 2018 memoir became a best-seller. In October she publishes her follow-up, Abolition. She also works as a professor of Social and Environmental Arts at Arizona’s Prescott College, and in October 2020 signed a sweeping deal with Warner Bros. The arrangement is described as a multi-year and wide-ranging agreement to develop and produce original programming across all platforms, including broadcast, cable and streaming.  ‘As a long time community organizer and social justice activist, I believe that my work behind the camera will be an extension of the work I’ve been doing for the last twenty years,’ she said, in a statement obtained by Variety.  ‘I look forward to amplifying the talent and voices of other Black creatives through my work.’

Protesters take to the streets of Los Angeles in October

Protesters face off with sheriffs deputies in Westmont, South LA, on August 31