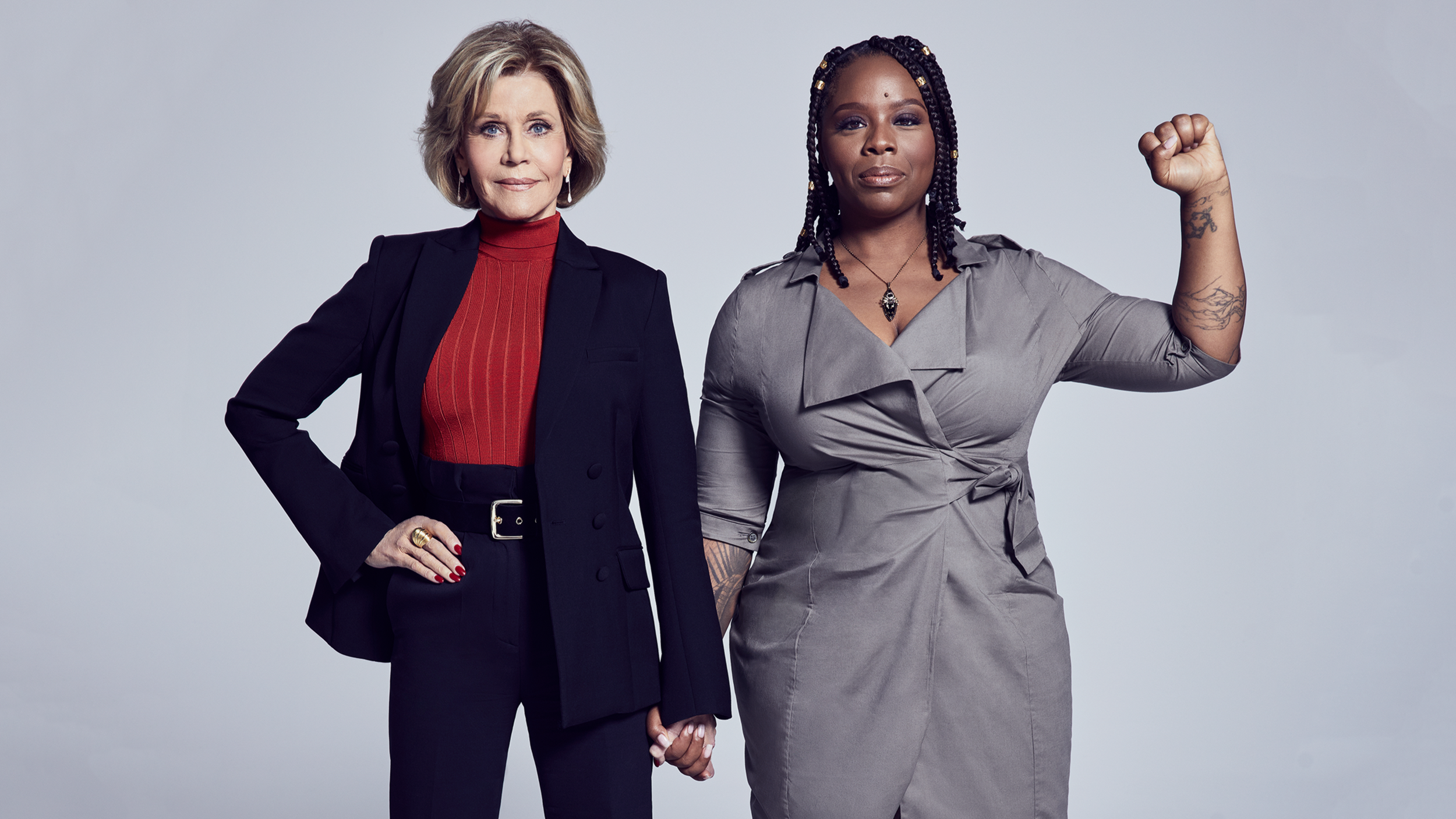 Critics of a Black Lives Matter co-founder’s recent multi-million dollar property spending spree have been described as promoting ‘a tradition of terror by white supremacists’ for questioning the $3 million portfolio accumulated by the self-professed ‘trained Marxist’. Patrisse Cullors, 37, raised eyebrows last week when it emerged that she had spent $1.4 million on a Los Angeles property – her fourth home, and her third in the city – in an overwhelmingly white neighborhood.  The New York Post reported Cullors had also bought two other LA homes in recent years, and paid $415,000 for a 3.2 acre property in Georgia. On Tuesday the Black Lives Matter Global Network Foundation, of which Cullors is a director, issued a statement saying that they had not paid for her house.

In addition to the Topanga Canyon property, The New York Post reports that Cullors and her husband also purchased a ‘custom ranch’ on 3.2 acres in Conyers, Georgia last year

They said Cullors has been paid a total of $120,000 since the organization was founded in 2013, and said she was compensated ‘for duties such as serving as spokesperson and engaging in political education work.’  She has not been paid since 2019, the group said.   Cullors has become one of the most high-profile campaigners in the United States since founding BLM in 2013, with a best-selling memoir, a follow-up on the way, and a deal with Warner Bros to produce content.  Cullors herself issued a statement on Instagram, confirming that she does not currently receive a salary from BLM Global Network Foundation. She said criticism of her real estate was an ‘effort to discredit and harass me and my family’. Cullors said it was ‘harmful and scary’, noting that she regularly receives death threats.  Her organization issued a similar statement, saying that questions about how Marxism meshed with million-dollar homes were racist and dangerous.  ‘Patrisse’s work for Black people over the years has made her and others who align with the fight for Black liberation targets of racist violence,’ the group said in a statement posted on Twitter. They described criticism of the anti-capitalism activist’s growing property portfolio as a ‘right-wing offensive’. Questions about her real estate, first reported in celebrity property blog The Dirt, were described as ‘torture’, designed to ‘instill fear’.

‘The narratives being spread about Patrisse have been generated by right-wing forces intent on reducing the support and influence of a movement that is larger than any one organization.

‘This right-wing offensive not only puts Patrisse, her child and her loved ones in harm’s way, it also continues a tradition of terror by white supremacists against Black activists.

Whitlock had his account blocked at 4pm on Friday, he told DailyMail.com

‘All Black activists know the fear these malicious and serious actions are meant to instill: the fear of being silenced, the trauma of being targeted, the torture of feeling one’s family is exposed to danger just for speaking out against unjust systems.’ They concluded: ‘We have seen this tactic of terror time and again, but our movement will not be silenced.’  Cullors’ new Los Angeles home was first reported by celebrity property site The Dirt, and raised eyebrows for being in an overwhelmingly white district. Cullors’ critics accused her of turning her back on the people she was supposed to be fighting for.  Her new three bedroom, three bathroom house is in Topanga Canyon, Los Angeles – a largely white district. In her new zip code, 88 per cent of residents are white and 1.8 per cent black, according to the census.

‘I find it hypocritical,’ said Jason Whitlock, a black sports journalist, of her decision to live in a largely white neighborhood.  ‘There is so much hypocrisy. She’s acting like a capitalist.’  Whitlock said BLM founders like Cullors were ‘making millions of dollars off the backs of these dead black men who they wouldn’t spit on if they were on fire and alive.’  Whitlock on Friday morning tweeted a link to The Dirt’s story about Cullors’ new home, and had his Twitter account blocked on Friday evening. Twitter told DailyMail.com that his account was locked for having ‘violated the Twitter Rules on private information’. There was no explanation of how linking to the Dirt.com story revealed personal information as neither the story, nor Whitlock’s tweet, listed an address – and the purchase also was discussed widely elsewhere on Twitter and reported throughout the press.   After the news broke of her Los Angeles home, The New York Post reported on Saturday that Cullors had also bought three other homes in recent years, at a total cost of around $3 million.  Cullors and her partner also purchased a ‘custom ranch’ on 3.2 acres in Conyers, Georgia last year for $415,000.

That residence comes complete with its own pool and airplane hangar. Additionally, the publication claims that property records show Cullors has bought two other Los Angeles homes in recent years.   In 2016, she is said to have paid $510,000 for a three-bedroom home in Inglewood. In 2018, Cullors added another home to her property portfolio, by laying down $590,000 for a four-bedroom home in South L.A., the Post says. The Post reports that Cullors was also ‘eyeing property at the ultra-exclusive Albany resort outside Nassau in the Bahamas where Justin Timberlake and Tiger Woods have homes.’ The publication didn’t cite sources for its information.  Cullors’ new Los Angeles home is described in the real estate listing as having ‘a vast great room with vaulted and beamed ceilings’. The realtors write that the large back yard is ‘ideal for entertaining or quietly contemplating cross-canyon vistas framed by mature trees’.    The house is only 20 miles from her childhood home in Van Nuys, but is a world away. In her 2018 memoir, she tells of being raised by a single mother with her three siblings in ‘an impoverished neighborhood’, where she lived ‘in a two-story, tan-colored building where the paint was peeling and where there is a gate that does not close properly and an intercom system that never works.’

The light-filled and airy home is just 20 miles from where she grew up, but a world away in style

Cullors began BLM alongside Alicia Garza and Opal Tometi, in response to the acquittal of George Zimmerman, who killed Trayvon Martin. Garza and Tometi are no longer involved in BLM. Cullors, who married Janaya Khan, a gender non-conforming leader of BLM in Toronto, in 2016, has been in high demand since her 2018 memoir became a best-seller. In October she published her follow-up, Abolition. She also works as a professor of Social and Environmental Arts at Arizona’s Prescott College, and in October 2020 signed a sweeping deal with Warner Bros. The arrangement is described as a multi-year and wide-ranging agreement to develop and produce original programming across all platforms, including broadcast, cable and streaming. ‘As a long time community organizer and social justice activist, I believe that my work behind the camera will be an extension of the work I’ve been doing for the last twenty years,’ she said, in a statement obtained by Variety.

‘I look forward to amplifying the talent and voices of other black creatives through my work.’

Some critics argued that living in a million-dollar home was at odds with her social justice mission. Vallejo for Social Justice, a movement that describes itself as ‘Abolition + Socialist collective in the struggle for liberation, self-determination, & poor, working class solidarity,’ said it was an ill-judged flaunting of wealth. ‘We’re talking generational wealth off of the deaths & struggle of Black folks here,’ they tweeted.  ‘Justice Teams Network & BLM founder paid $1.4 million dollars for a home.  ‘This past week we bought a cot for our unhoused Black elder friend to keep him off the ground.’ One LGBTQ activist described BLM as ‘a racket’.  Author and activist Andy Ngo tweeted: ‘Cullors identifies as a communist & advocates for the abolishment of capitalism.’  Paul Joseph Watson, a British YouTube host, said she chose to live in ‘one of the whitest areas of California’.  Another Twitter user called Cullors a ‘fraud’ an said her brand of ‘Marxism’ apparently included buying a $1.4 million house.

BLM is currently cleft by deep divisions over leadership and funding. The organization raised $90 million last year, the AP has reported, but the organization’s finances are opaque – a fact that has sparked criticism, even among local BLM chapters.  Cullors’ co-founders have left, and last summer Cullors assumed leadership of the Black Lives Matter Global Network – the national group that oversees the local chapters of the loosely-arranged movement. Cullors’ move has not been universally welcomed, Politico reported in October. Local organizers told Politico they saw little or no money and were forced to crowdfund to stay afloat. Some organizers say they were barely able to afford gas or housing.  BLM’s Global Network filters its donations through a group called Thousand Currents, Insider reported in June – which made it even more complicated to trace the cash.  Solome Lemma, executive director of Thousand Currents, told the site: ‘Donations to BLM are restricted donations to support the activities of BLM.’  Last month AP reported that BLM brought in $90 million in donations last year, leading to Michael Brown Sr. to join other Black Lives Matter activists demanding $20 million from the Black Lives Matter Global Network Foundation.  Brown, whose son Michael Brown Jr., was killed by police in Ferguson, Missouri, in 2014 says he and his advocacy group have been short-changed by the larger BLM organization.  ‘Why hasn’t my family’s foundation received any assistance from the movement?’ Brown asked in a statement.