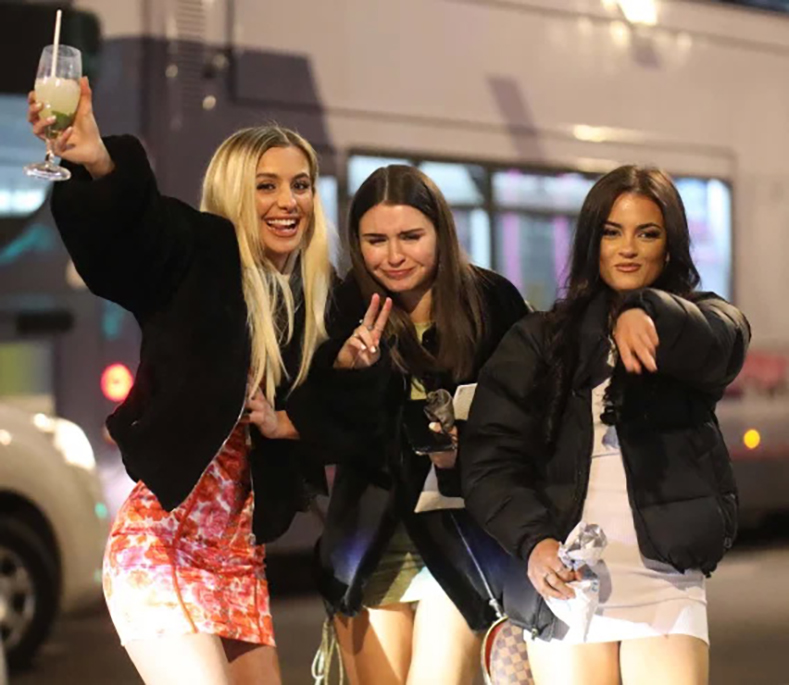 BRITS have danced in the streets in messy scenes on the first weekend of freedom since pub gardens reopened.

Millions flocked to newly-reopened bars after lockdown restrictions were eased in England this week.

Soho in central London proved to be a popular spot, as large crowds gathered to enjoy a drink this evening.

Across England, revellers showed their joy at being able to enjoy a night out as they took to the streets.

There were some messy scenes in some places with rubbish piling up on the footpath.

Cops are set to ramp up patrols at pubs, parks and beaches this weekend as Brits make the most of their new freedoms after the Covid lockdown was eased.

Primrose Hill in London will shut each night from 10pm while forces across the country have vowed to clamp down on large gatherings.

Tonight is the first night on a weekend with outdoor bars open in all parts of England since October last year — when Tier 3 pub shutdowns hit some areas.

And drinkers will be making up for Christmas, New Year and Easter parties, with all-day sessions and booze sales set to be double a usual Friday night.

It comes on a weekend where sun is expected to shine.

The Met Office has said temperatures could reach 17C by the end of the weekend before peaking on Monday.

Met Office forecaster Grahame Madge said: “A signal for more settled weather is when an area of high pressure begins to develop.

“But it all rests on where the centre of the high pressure falls.

Most read in News

Prince Philip was shaken when Harry rejected everything he held dear

Dad’s horror as daughter, 9, savaged by dog who attacked ‘like a shark’

“If it’s Norway then as air circulates we will get air from the south which is warmer.

“We would say the indication is it’s likely to be around average for April but it’s likely the temperature would pick up.

“Mid 16C, possibly 17C is in the realms of possibility for London.”