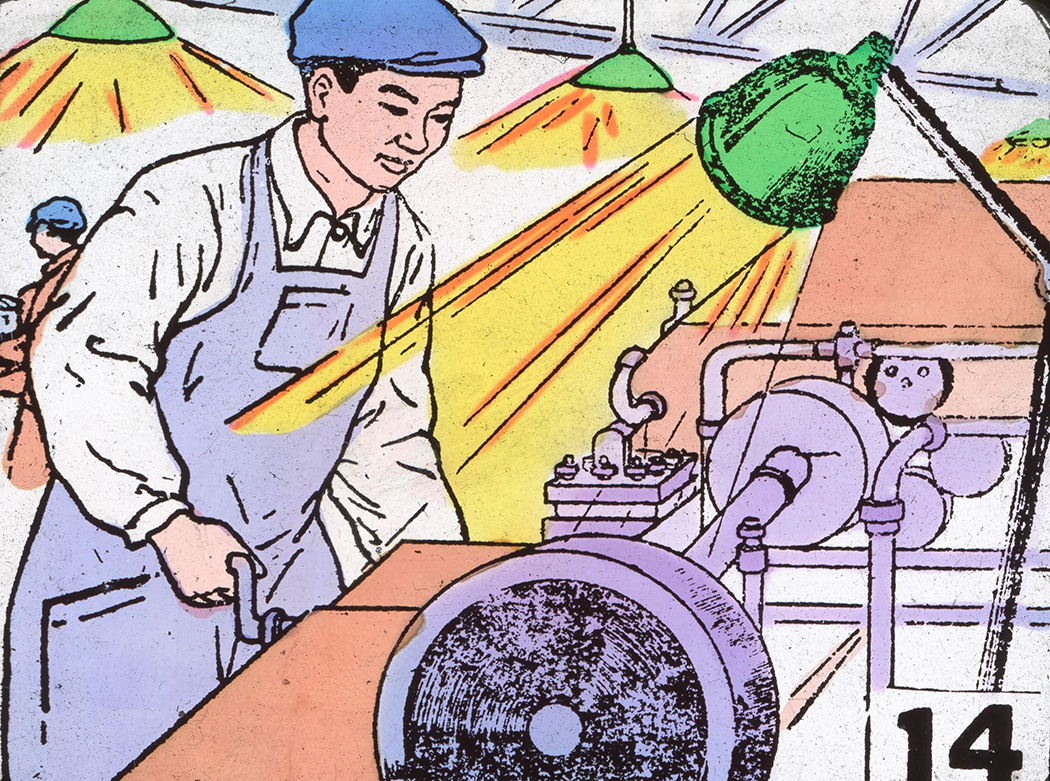 In 1955, Chairman Mao Zedong formed a subcommittee to find methods to stop the spread of schistosomiasis, an infectious disease caused by parasitic freshwater flatworms. The subcommittee’s original plan was to eradicate schistosomiasis in the provinces of Yangtze Basin. It was scheduled to take around seven years, including a few years of studying this disease.

These public health reforms in China began a few years before Chairman Mao’s Great Leap Forward, and were known as the Patriotic Health Campaign. As the economist and policy development scholar Xizhe Peng explains in the Population and Development Review, “the Great Leap Forward was China’s alternative to Soviet-style development, an attempt to leap ahead in production by reorganizing the peasantry into large-scale communes and mobilizing society to bring about the technological revolution in agriculture.” Healthcare industrialization also meant embracing Western-style health and hygiene practices alongside traditional Chinese medicine.

While parts of Chinese culture industrialized rapidly, many people considered medical experts to be part of or influenced by the bourgeois class, who did not have their best interests at heart. As the China scholar David M. Lampton explains in the China Quarterly, in 1958, “the decisive break with medical professionals was made.” Many Chinese people wanted infectious diseases to be managed quickly and did not want to have to wait years for the results of studies.

At the All China Conference on Parasitic Diseases later that November, the attendees “enlarged the scope of the mass anti-parasite campaign,” Lampton noted, and extended its goals to eliminating a variety of major infectious diseases. While Chinese health experts still studied infectious disease outbreaks, mass public health campaigns focused thereafter on educating the general population about what steps they should take to prevent diseases from spreading.

As part of these public health campaigns, the government created and distributed slides at schools and in communities that addressed environmental concerns, personal hygiene, and children’s health.

A selection of slides entitled, “Eradicate Four Pests, Prevent Sickness, and Increase Production,” released in July 1956, for instance, show four different types of pests that spread infectious diseases and outline ways that people can get rid of them. While the slides have some written text on them, the images alone are meant to illustrate what a person should do in order to prevent illness: in the 1950s in China, only around 20 percent of the population was literate, according to the New York Times.

Patriotic Health Campaign efforts that focused on curtailing infectious diseases were disseminated through Epidemic Prevention Stations (EPS), which operated at the county level. As Jonathan Schwartz, R. Gregory Evans, and Sarah Greenberg explain in China Review in 2007, county-level EPS “served as hubs between local service providers and the remainder of the government health bureaucracy.”

Starting in the 1950s in China, there were three tiers of county-level hospitals, ranked as follows:

The access to care and level of healthcare a person received depended greatly on whether they lived in an urban or rural area. People in urban areas were often able to get care at higher-tiered health facilities without a referral, while people who lived in rural areas were not as fortunate.

After just three to six months of training, “barefoot doctors provided a small package of basic preventive care, including sanitation, immunization and health education programs” under EPS supervision at tier 1 facilities, Schwartz et al observed. While China was a communist country by this time, villages and communes had to pay for “the full costs of preventative services.”

With the Patriotic Health Campaign, Lampton explained “there was no massive permanent transfer of medical personnel to rural areas.” This set it apart from the later Cultural Revolution. While many villages and communes did foot the bill originally, Lampton noted that “when economic problems arose, commune members had to ask whether the expense of these clinics was worthwhile. Many said not.”

With the failure to industrialize rural healthcare, a new strategy was needed. By the late 1960s, a series of articles in the People’s Daily called for the establishment of a rural health cooperative system. As Lampton outlines in the Health Services Reports, with these cooperatives, the cost of healthcare for people in rural areas decreased as well. The commune or brigade collected “2 or 3 yuan per year per person to put into the commune or brigade health fund” and then the only charged a sick person around “5 cents for registration.”

Before Chairman Mao’s Great Leap Forward, many Chinese people who lived in rural areas worked in agriculture. Xizhe Peng wrote that “labor-intensive development was viewed as a solution to the problem of capital shortage” by Chairman Mao and his allies. To compete with other countries on the global stage, Chairman Mao instructed the development of heavy industry, particularly steel. Starting in the late 1950s, according to Peng, “residents in both urban and rural areas, young and old, were mobilized to increase iron and steel production.” The shift in work had an immediate impact on the demographics of China, as many residents moved to cities to fulfill their leader’s demands.

Published in 1957, a set of slides entitled, “Improve Factory Hygiene, Hygiene Promotion Work” showed the importance of keeping factories clean. There’s no writing on them at all, just images. This choice likely made this information more accessible for Chinese factory workers, many of which did not have the opportunity to access formal education. While there were public health campaigns during the Great Leap Forward, the mortality rate rose between 1958 and 1961, due to the food shortages that caused the Great Chinese Famine.

The Great Chinese Famine, which lasted from 1958 to 1961, was one of the worst famines in history, according to the scholars James Kai‐sing Kung and Justin Yifu Lin (Economic Development and Cultural Change (2003)). The authors estimate that “with a population of roughly 660 million in 1958, the year marking the origin of this famine, 30 million [deaths] amounted to a loss of close to 5% of the country’s population.”

While there are varying theories about what caused the Great Chinese Famine, it does not appear to be related to the cleanliness levels that the public health campaigns sought to target. Rather, the drastic shift to requiring workers to be involved in the mass production of heavy metals may have been to blame. Kung and Lin point out that “many commune authorities were so preoccupied with iron and steel manufacturing in the autumn of 1958 that they neglected to harvest the crops, which were simply left to rot in the fields.”

While Chairman Mao’s intent for the Great Leap Forward was to industrialize and unite the expansive country, stopping the Leap may have saved the nation from a longer famine. The energy and environment scientist Vaclav Smil wrote in the British Medical Journal that the return “to more rational economic policies after 1961, including imports of grain, ended the famine.” Despite the devastation, discussing the famine is frowned upon in China. Smil suggests that, unlike other famines in the twentieth century, “the causes of the Chinese famine and an attribution of responsibility for its depth and duration have never been openly discussed in the afflicted nation.” Books like 2013’s Tombstone: The Great Chinese Famine, written by Chinese journalist Yang Jisheng, have been banned in mainland China.

According to Zhongjie Li and George F. Gao, employees of the Chinese Center for Disease Control and Prevention, writing in the Lancet Public Health journal, “China has eliminated or nearly eliminated diseases such as malaria, leprosy, filariasis, and schistosomiasis” following the public health campaigns. The authors argued that China was able to eliminate or greatly reduce these diseases “by strengthening community-level capacity and practices.”

During the COVID-19 pandemic, the Chinese Center for Disease Control and Prevention has focused on public health awareness. In this sense, the slides from the Patriotic Health Campaign provide a glimpse at a past version of a durable public health strategy. As Li and Gao have noted, “community-level public health practice has supported health promotion and public understanding of science, leading to strong and intense public involvement in disease control and prevention.”